How Merck is Using Drones for Pharmaceutical Deliveries

As the effects of manmade climate change become ever more keenly felt around the globe, we are seeing a sharp rise in the number of natural disasters occurring each year. Fires caused by extreme heatwaves, flash floods, and other extreme weather events can all be linked to the changing climate, and things are likely to only get worse as time goes on.

One side effect of these natural disasters is that they can often leave communities cut off from their usual supply chains. The damage to homes and infrastructure is then compounded further as stocks of food, water, and medicine begin to dwindle. This issue is even worse for remote communities, which often have single points of access, making the chances of being cut off even greater when compared to larger towns and cities.

Supply chains must therefore find a way of getting crucial items to these disaster-hit areas – and Merck has been experimenting with drone technology to achieve just that.

Merck’s foray into the world of drone-facilitated delivery began in 2018 when Puerto Rico was hit by Hurricane Maria. Estimates vary, but it’s thought the disaster led to the deaths of nearly 3,000 people, and a year later, tens of thousands of Puerto Ricans are still living under temporary shelters of blue tarpaulin.

The real tragedy is that a significant proportion of those deaths occurred after the hurricane had passed, which has been attributed to a lack of access to disaster relief services. One third of the deaths reported were thought to have been caused by delayed or prevented access to medical care. 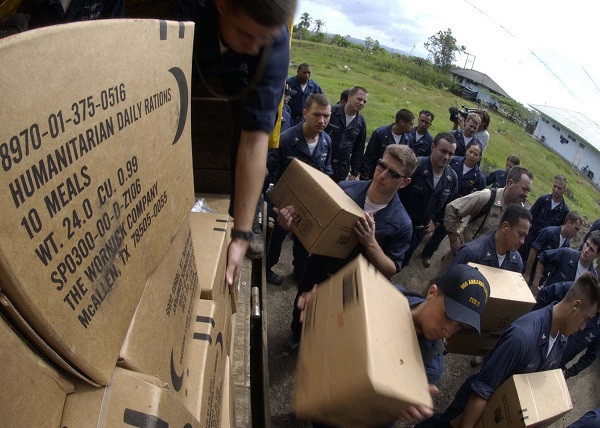 This led Merck to partner with Volans-I, Softbox, and AT&T to develop and test a drone-based delivery system, designed to deliver medicine to stranded communities on the stricken island. The four propeller drones have temperature-controlled units built in for medicines which must be maintained at a certain temperature. The drones themselves are manufactured by Volans-I, while Softbox has been responsible for the temperature-controlled units.

“In emergency response, we need to quickly get medicine to remote locations that may be otherwise reachable only by helicopter,” said Direct Relief Director of Research and Analysis, Andrew Schroeder. “As drone technology and systems for managing improve, we expect them to save lives in places where disasters have cut off access to critically needed healthcare.”

The system was tested beyond the line of sight and extended deliveries to remote mountain regions cut off from road access, and, in some cases, accessible only by helicopter. Other tests had the drones flying over the sea.

Now, in 2019, the consortium of innovative brands is expanding the testing of using temperature-controlled drones to deliver lifesaving medicines and vaccines – still working with humanitarian organisation Disaster Relief and with a sharp focus on maintaining pharmaceutical supply chains following natural disasters.

This time, the quad-prop drones have been replaced with winged unmanned aerial vehicles – of the sort used for government surveillance and military activity. Conducted in the Bahamas, the test was carried out with technology which allowed for the precise temperature control of the drone’s cargo as low as -70 degrees Celsius. A degree one way or the other can result in the spoiling of entire medical shipments, making the temperature-controlled side of the test of paramount importance. 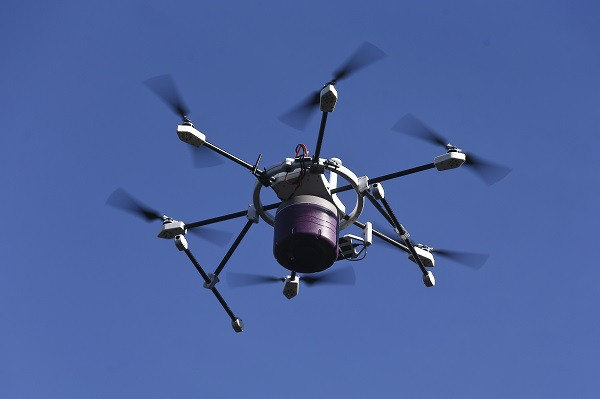 The test used live, continuous temperature tracking throughout the flight duration using cloud-based, real-time data analysis and collection, designed to ensure safe and effective delivery. The drone flew over open water between the islands of the Bahamas, beyond the operator’s line of sight. Both of these factors are crucial to assess the long-term viability of the project as it could be necessary for these drones to cover enormous distances and travel through different temperatures and climates.

“Successfully demonstrating our ability to make temperature-controlled drone deliveries in various climate and terrain conditions across these pilots is a first step towards realising our vision for a world in which no one should be deprived of access to life-saving medical supplies and vaccination due to lack of infrastructure and responsiveness of the transportation ecosystem,” said CEO and Cofounder of San Francisco-based Volans-I, Hannan Parvisian.

The drone transported Merck vaccines over 24 miles of open water between islands in the Bahamas and was monitored remotely using IoT sensors and cold-chain visibility technology provided by AT&T.

Drone delivery is an excellent method of bringing medicines and vaccines to remote and/or disaster-stricken areas where they are needed most. Hopefully, further testing will yield yet more promising results and we’ll see these methods being rolled out worldwide in the near future.

Innovative delivery technology is set to be a hot topic at LogiPharma 2020, taking place in April at the Nice Acropolis, France. Download the agenda today for more information and insights.